Home / Our Company / McPhees Honored with Legends of the Industry Award 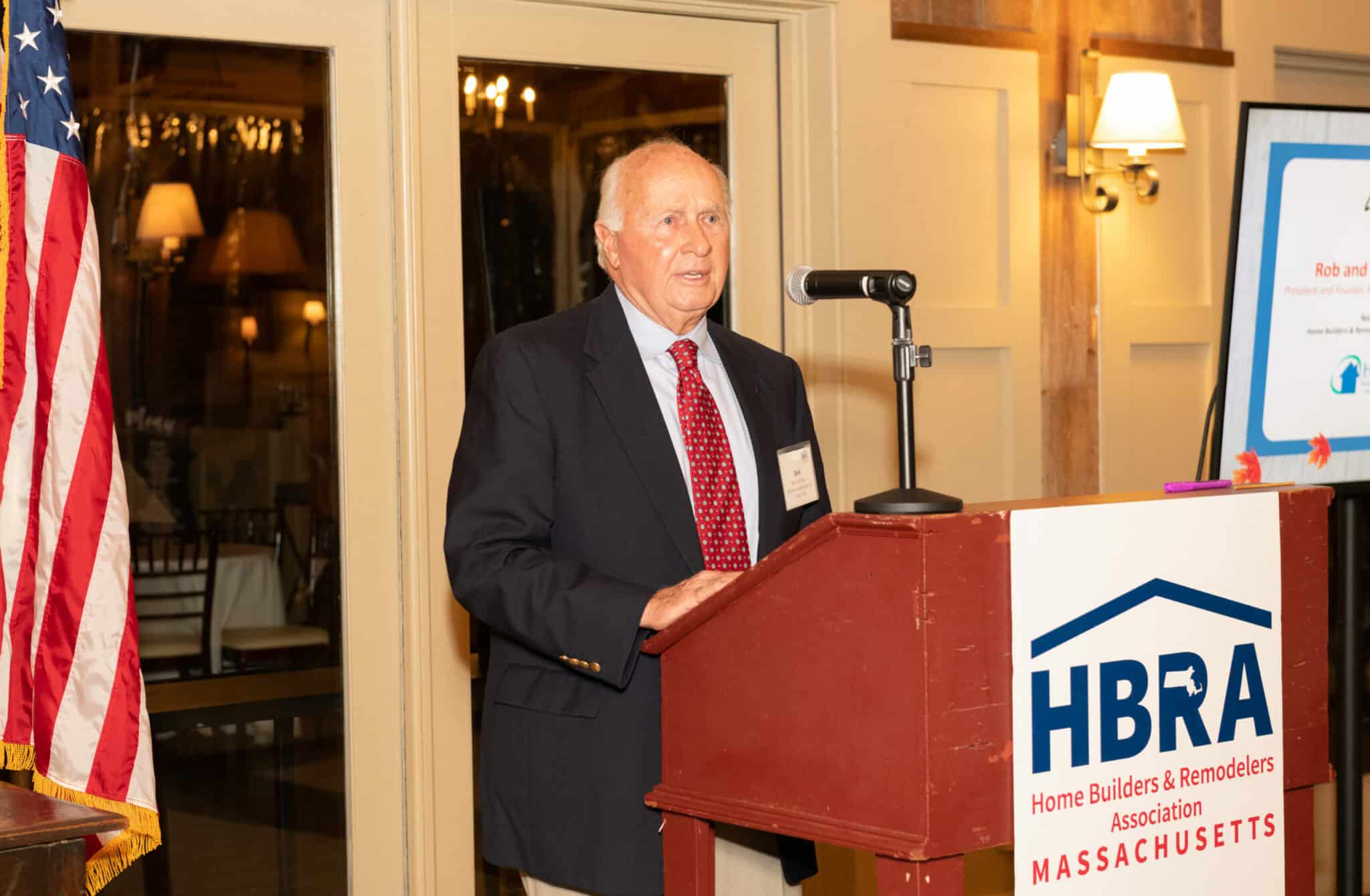 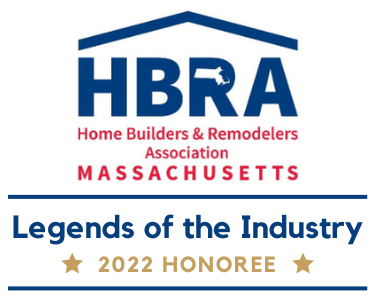 Bob McPhee, Founder of McPhee Associates of Cape Cod and Rob McPhee, President, received the 2022 Legends of the Industry Award from the Home Builders and Remodelers Association of Massachusetts (HBRAMA). The award was presented at the organization’s 62nd Annual Installation and Awards Ceremony held Wednesday, November 2nd at the Barn at Gibbet Hill in Groton, MA.

The prestigious Legends of the Industry Award was created in 2006 to recognize members across the state who drive change and innovation in the home building industry and have made significant contributions to their communities. This is the first time in the history of the Award that a father-and-son duo was recognized.

A minimum of 25 years in business is required for award consideration. McPhee Associates is celebrating their 50th anniversary in 2022 as a family-owned-and-operated, custom home building company serving the Cape Cod region. 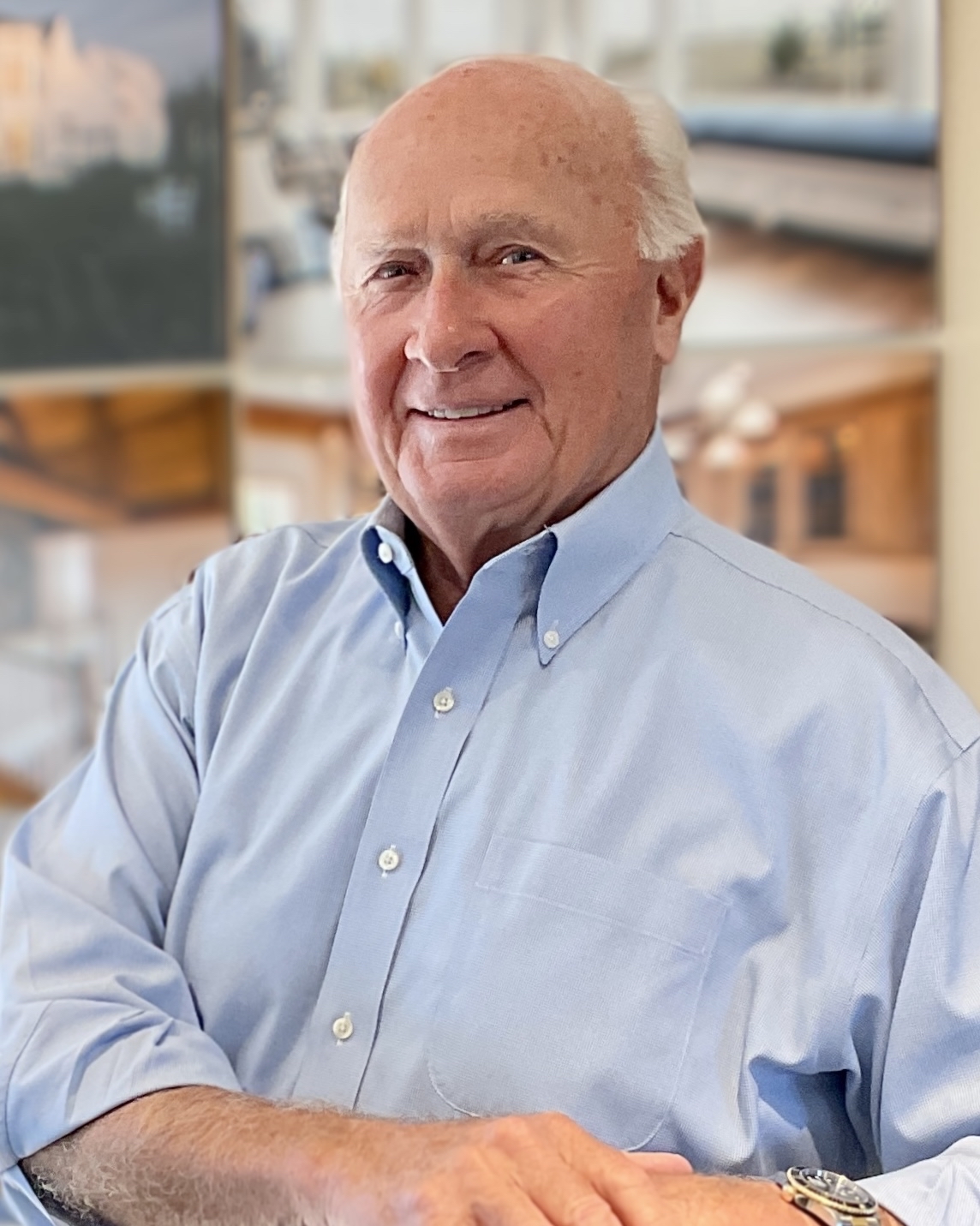 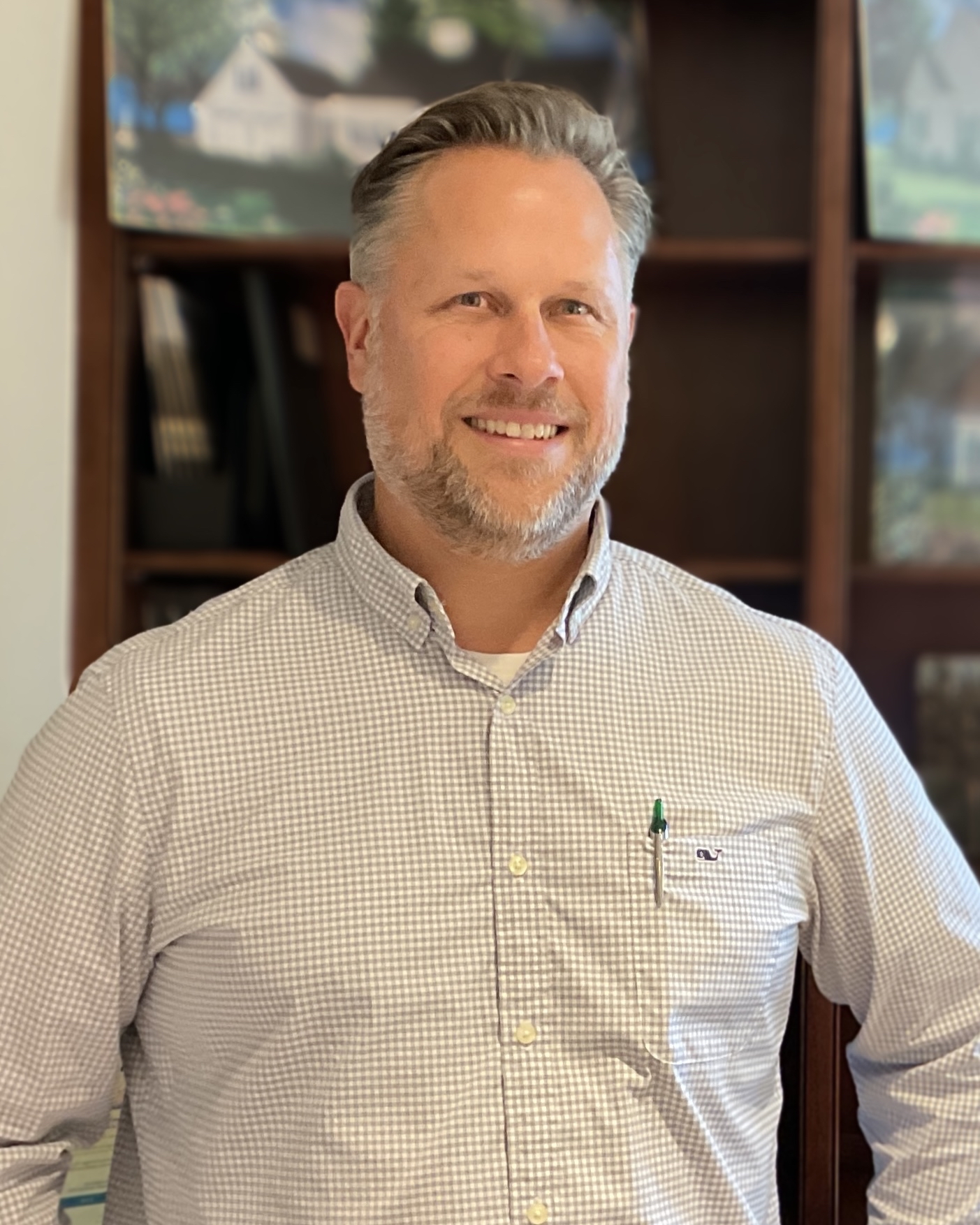 The McPhees, nominated by the Home Builders and Remodelers Association of Cape Cod (HB&RACC), were honored along with four other members representing their affiliate associations. Matt Anderson, Immediate Past President of HBRAMA, presented the award to Bob McPhee who accepted on behalf of he and his son, Rob.

“The McPhees epitomize the essence this award was created for,” said Matt in his introduction. “I have had the pleasure of working with McPhee as a framing contractor for the past eight or so years and can attest that through their leadership they have built a stand-up team and they’re a wonderful company,” Matt added.

“It was a compliment and a pleasant surprise to receive this award,” Bob said in his acceptance speech. He went on to thank his employees, “I would be remiss if I didn’t recognize all of our employees, our subcontractors and vendors, present and past, who have worked with us through the years.” 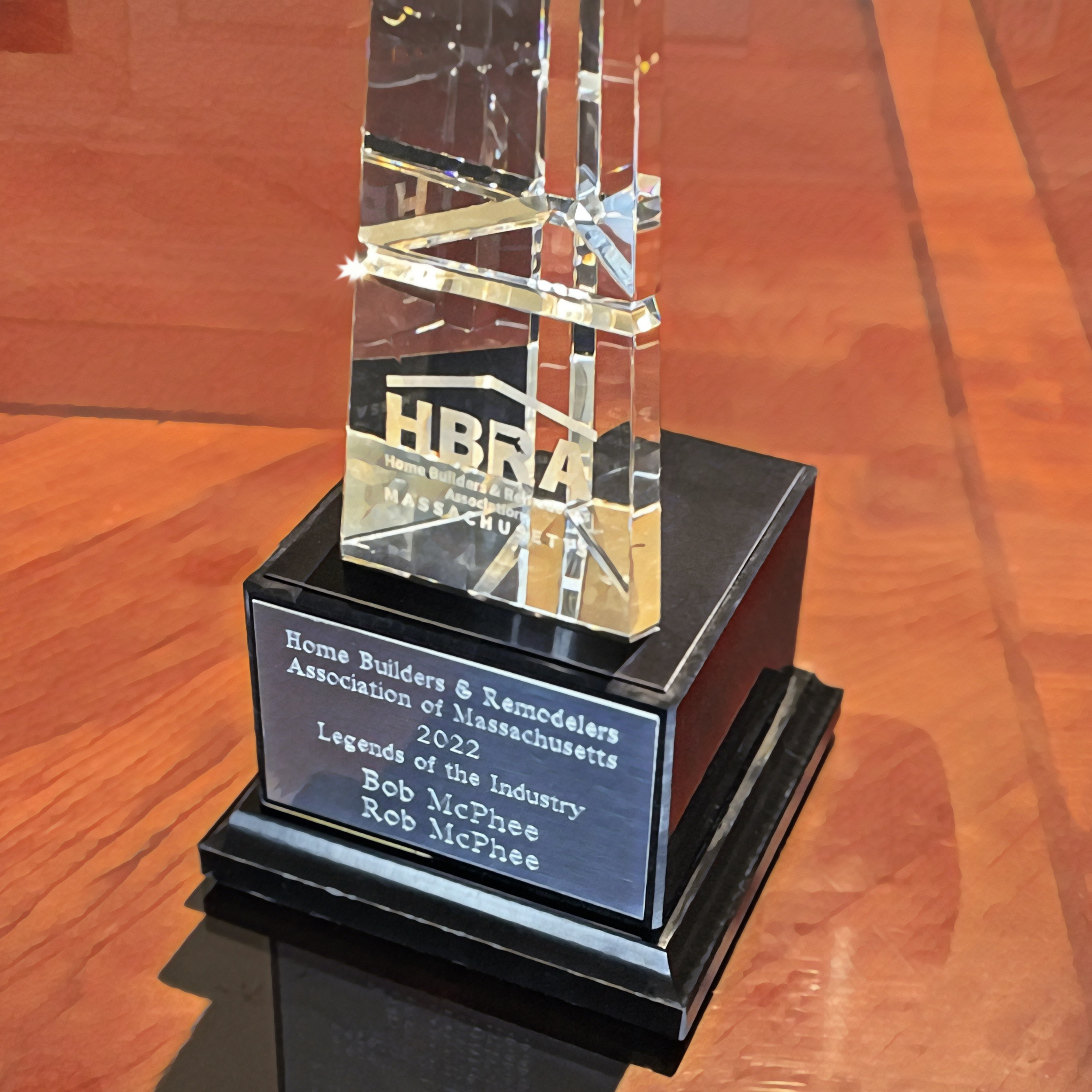 Alicia Huey, a custom home builder and developer from Birmingham, AL and incoming chair of the National Association of Home Builders, was the featured guest speaker.

The Home Builders & Remodelers Association of Massachusetts is a non-profit trade association consisting of over 2000 single and multi-family builders, developers, remodelers, suppliers and other allied professionals to the residential construction industry. It is made up of five affiliate local associations throughout Massachusetts.